Even though recording a CRT TV screen with a DSLR gives one of the best result for glitch, it’s always handy to be able to display/record video on a computer.

A recurring issue in converting a corrupted video signal from analog to digital is the converter misinterpretation, resulting in a blue/black screen in some cases. A solution is a Time Base Correction, it will stabilize the signal but can also result in (partial) freeze of the picture.

I was quite amazed when I tested Vedran’s Easycap (USB video capture device) during Fu:bar 2017 in Zagreb: warm colors, no signal loss when sync is lost, no freeze, for 5-10€ on eBay from China. So I ordered one and was so disappointed when testing it: BSOD, BSOD, BSOD.

With the help of Vedran and this wiki, I was able to identify 5 different chipsets. 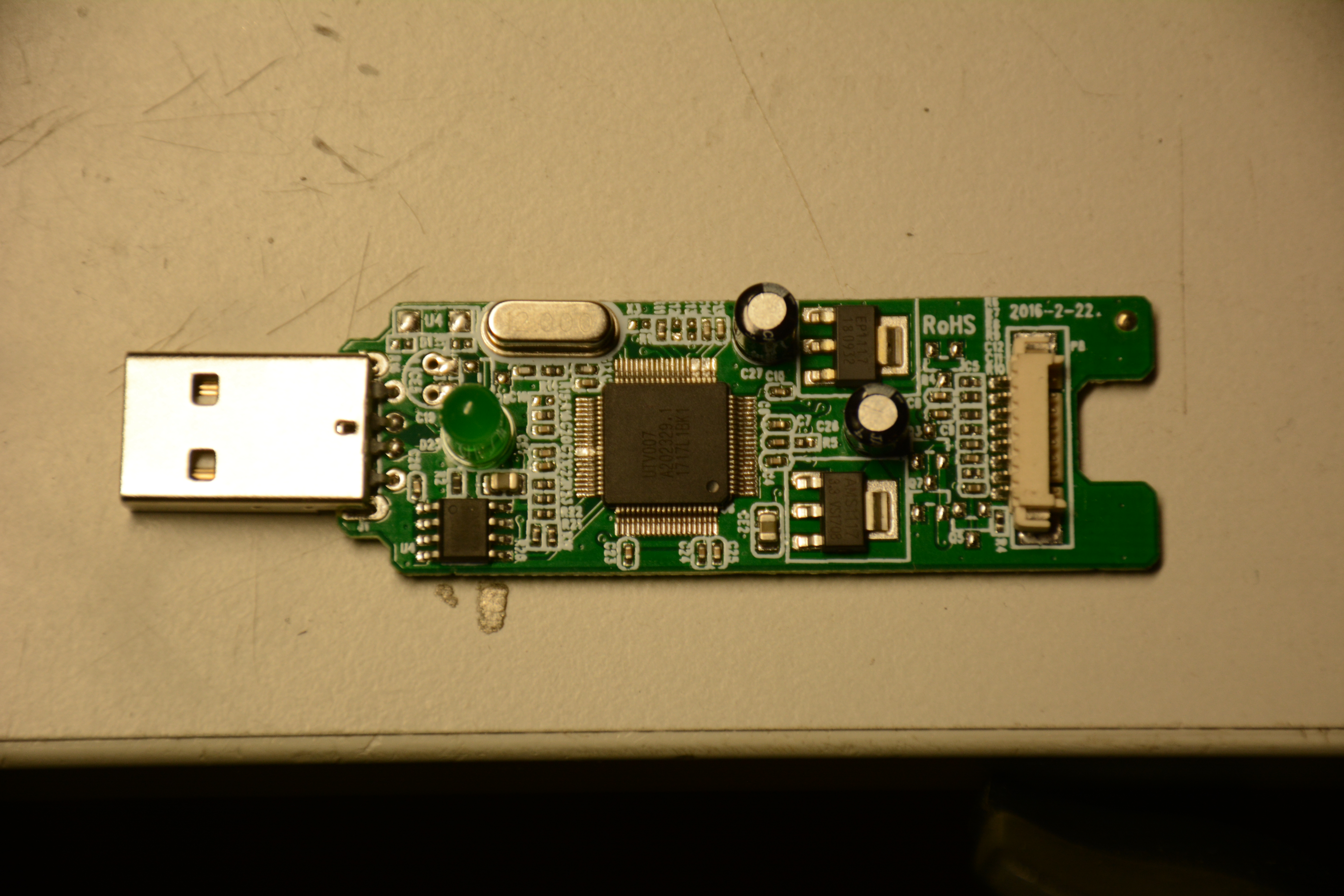 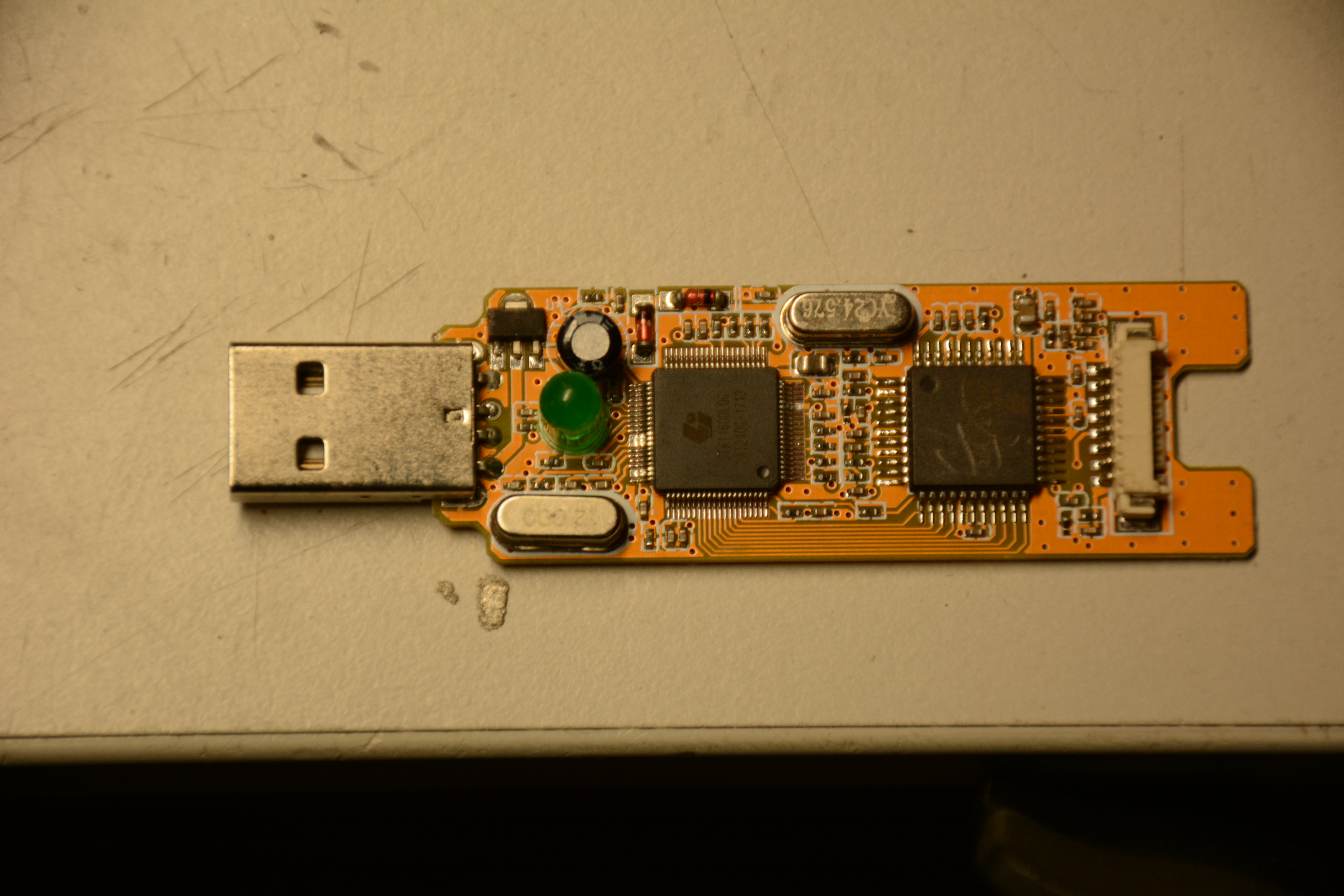 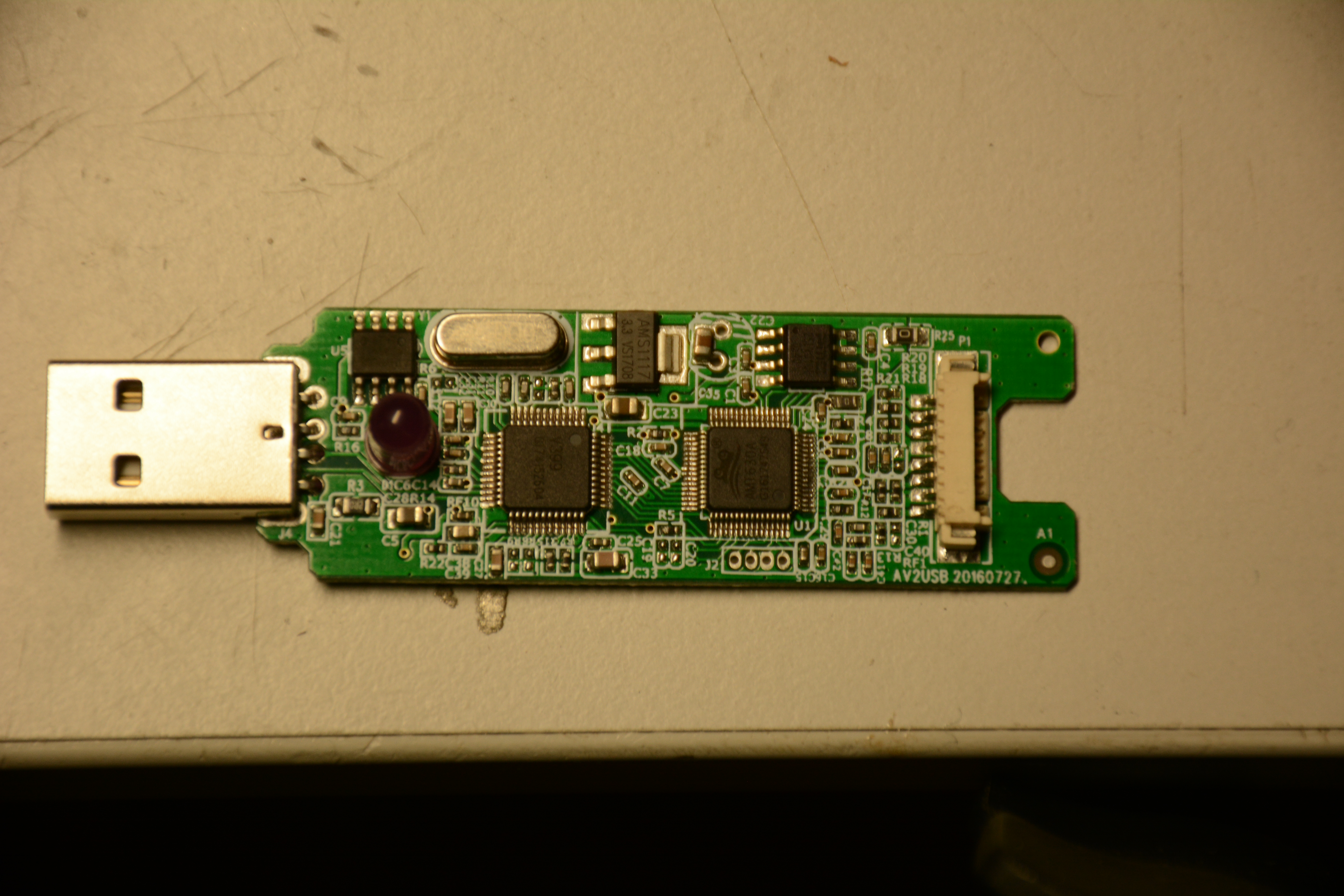 I couldn’t find the drivers for Somagic (SMI-2021), so I wasn’t able to test it, and for the Empia (EM2860) I could not find one on eBay (sellers doesn’t mention the chipset all the time).

Here is a comparative of the 3 first ones,source is a DVD player going to the AVE MOD V2 for the glitch, then the output is sent to the TEA5114 3×3 Video Splitter which actively splits the signal in 3 to send it to the 3 Easycaps.

All 3 Easycaps are set on their default settings.

-ATM630A (top righte), the one I first ordered, loose the signal often resulting in a blue screen, needs TBC.
-STK1160 (bottom), this one works a bit better, no blue screen but freezes sometime.
-UTV007 (top left), the one Vedran has, no signal loss even with heavy corruption.

The only drawback of the UTV007 is that Mac Software does not support PAL, However, Windows drivers works with both NTSC and PAL.
While testing the Discret11 , I noticed that the UTV007 Easycap displayed what my CRT TV didn’t sometimes.

I wanted to go a bit further by checking datasheet but I could only find STK1160 datasheet, nothing on UTV007, so the converter magic mystery remains. However, it appears that the UTV007 is the only one that does not rely on a dedicated video decoder chip (SAA7113 or equivalent).

Of course those easycaps are cheap so image quality is not the best, compared with a Canopus AVDC110 for example (but this one stops recording when the signal is too corrupted and no TBC is used).