The circuit is based on the pirate decoder from Radio Plans magazine, 1984. This decoder permitted to watch TV shows from a quite famous French TV channel without paying, with the help of some specific ICs and some reflexion. It was based on two video delay line, a sync signal extractor and also a delayed/nondelayed line detection circuit.The original encryption working by delaying lines of the picture pseudo-randomly (with fixed delay times), Radio plan circuit was checking if the line was delayed or not, and with the 2 onboard delays, realign the lines of the picture to make it viewable. A Wikipedia page about this encryption is available (in French). 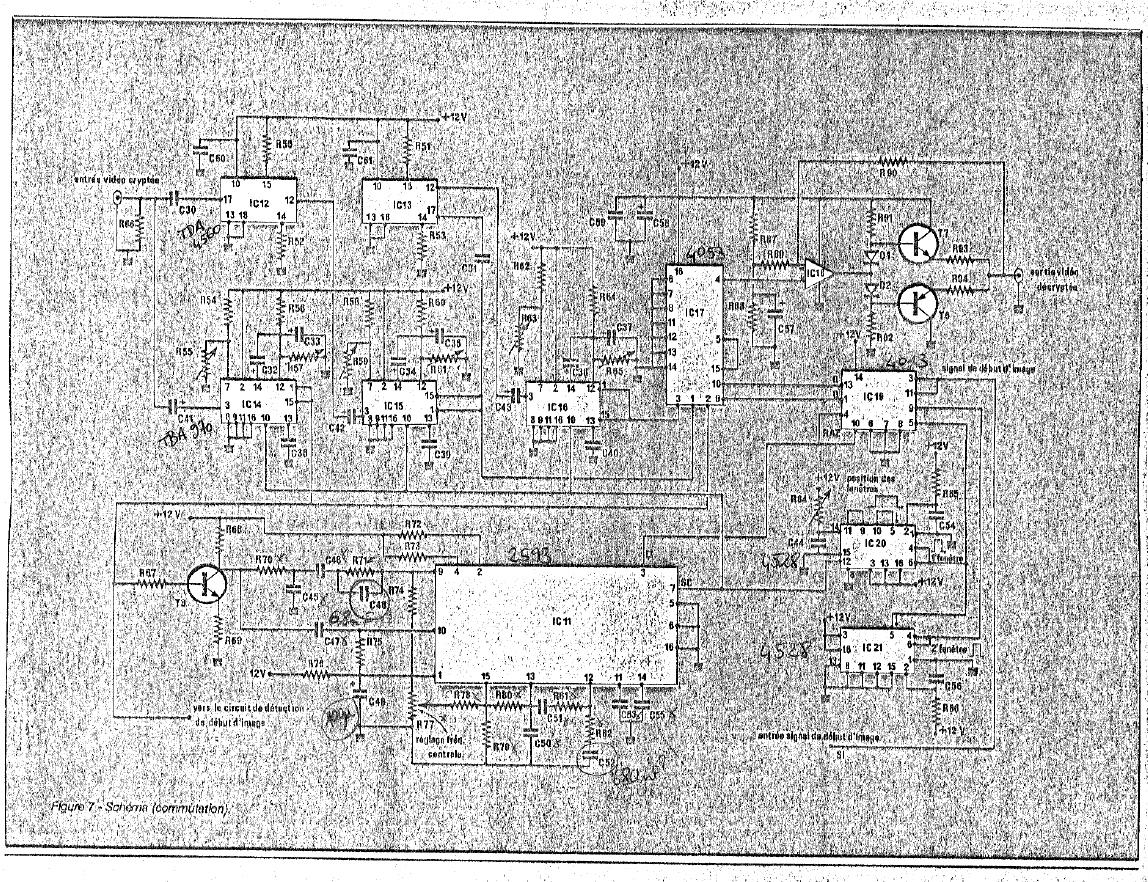 Discret11 keeps the delays, and also a quite similar sync extraction circuit as the one from the above schematic,however, the goal is to encrypt instead of decrypt, so the line detecting circuitry isn’t used. It’s replaced by frequency dividers, which divide the line frequency in subdivision, so the delayed picture appear every 2, 4, 8 lines, selectable using two rotary switches. The occurency of delayed lines can be set to random (with a circuit based on Random Gate from Yves Usson/Yusynth), in an attempt to reproduce the original encryption (a pseudo-random sequence of a length of 6 frames). The delay times, fixed on the base circuit, can be modified using potentiometers, which will delay the whole line but will also affect color the line (as the phase of the chrominance signal is delayed with the rest of the signal). A wipe between original, non delayed, signal and the delayed signal has been added. Two potentiometers adds glitch effects, with a switch to turn them off.

The project is now available assembled through the webshop.

– Mouser BOM (does not include screws for enclosure)